Glory be to Allah and all praise be to Allah, there is none worthy of worship except Allah, and Allah is the Greatest. There is no might or power except from Allah, the Exalted, the Great One. 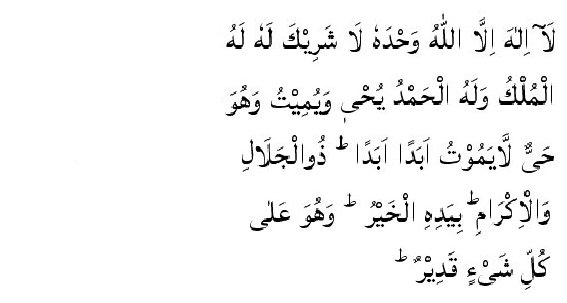 There is none worthy of worship except Allah. He is alone and has no partner. To Him belongs the Kingdom and for Him is all praise. He gives life and causes death. In His hand is all good and He has power over everything 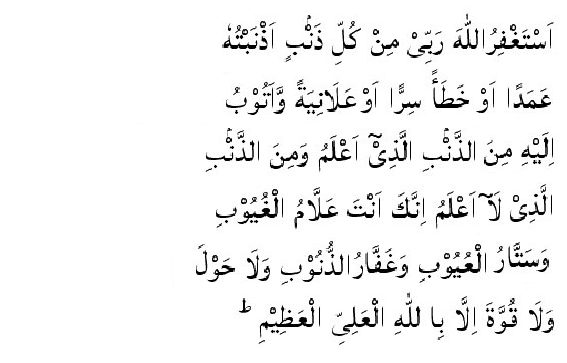 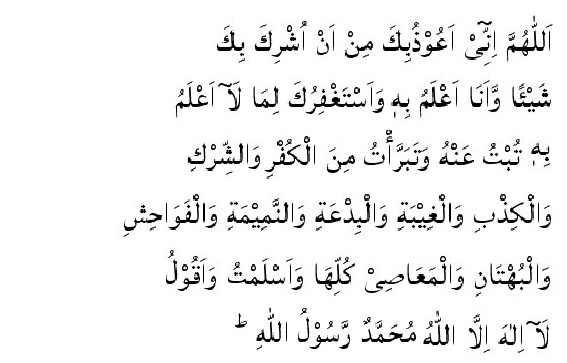